As a reminder, Case No. 18CVD500442 had its hearing on November 30, 2019 at an alternative location and its permanent hearing on January 8, 2019.  The Defendant, my Attorney Ex-Husband refused to appear, but did hire a Service Processor to appear in open court on his behalf in an attempt to serve me on additional secret (sealed) filings at the Fulton County, Georgia Courthouse.

Two months later, what we are still awaiting the final Order for Case No. 18CVD500442 from Judge Walczyk, the assigned Wake County, North Carolina judge for both cases. 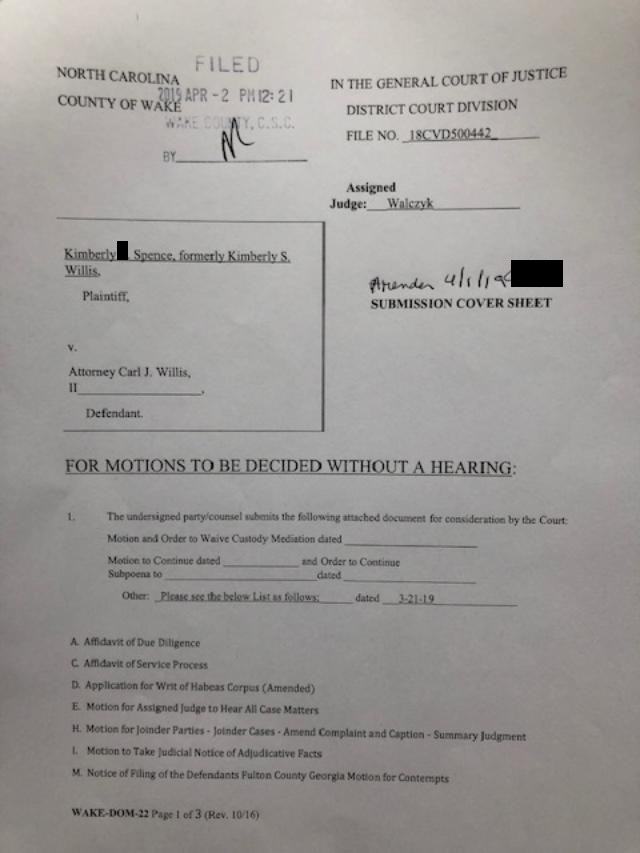 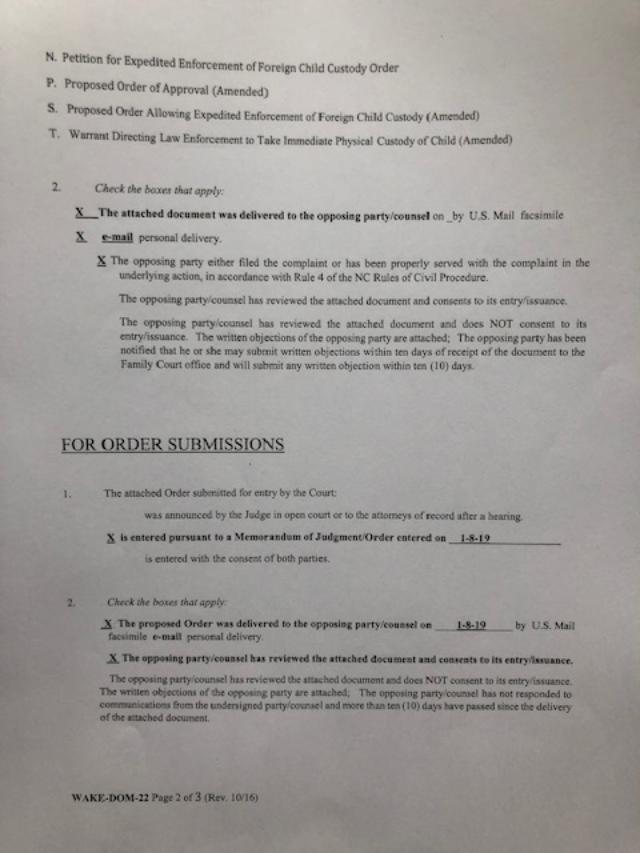 2.  Motion for Assigned Judge to Hear All Case Matters 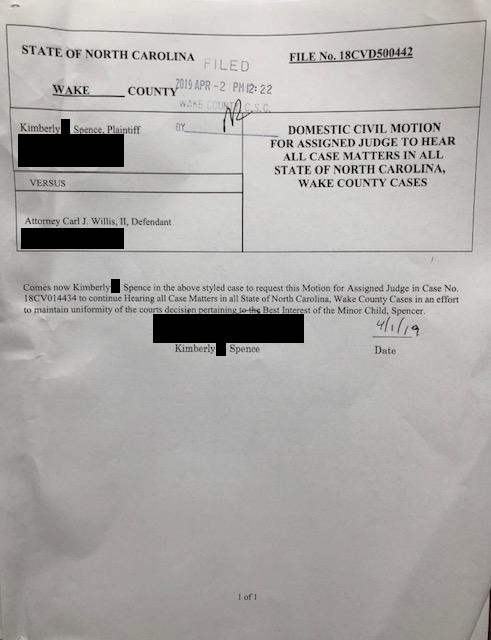 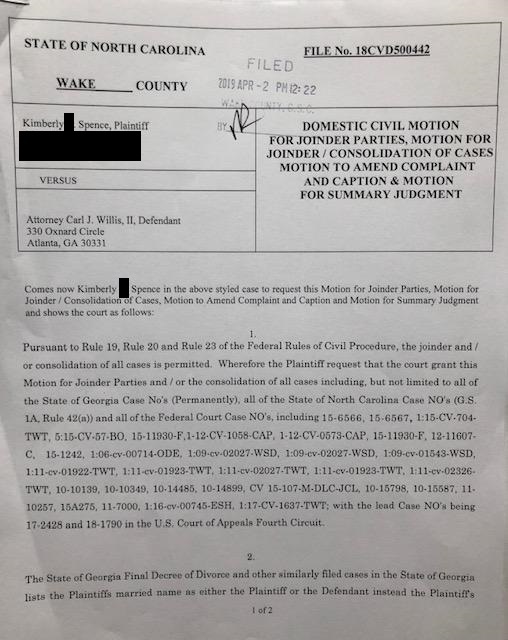 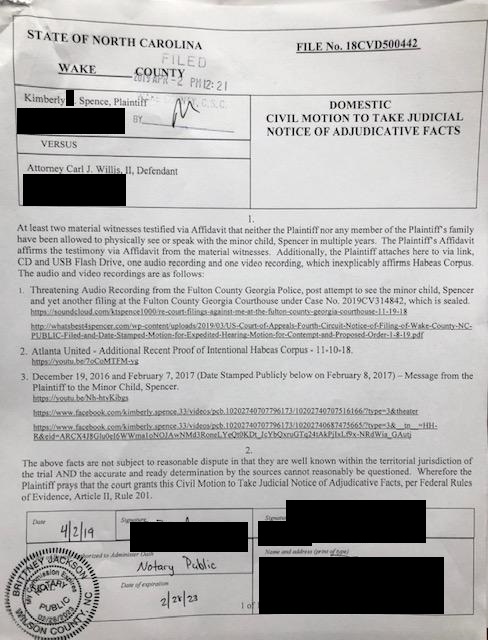 5.  Affidavit of Due Diligence 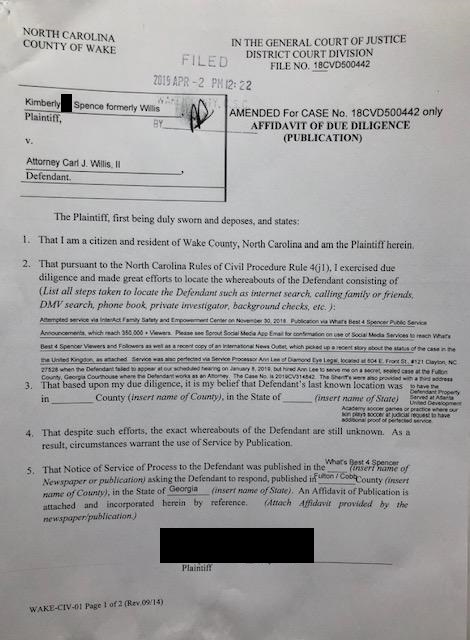 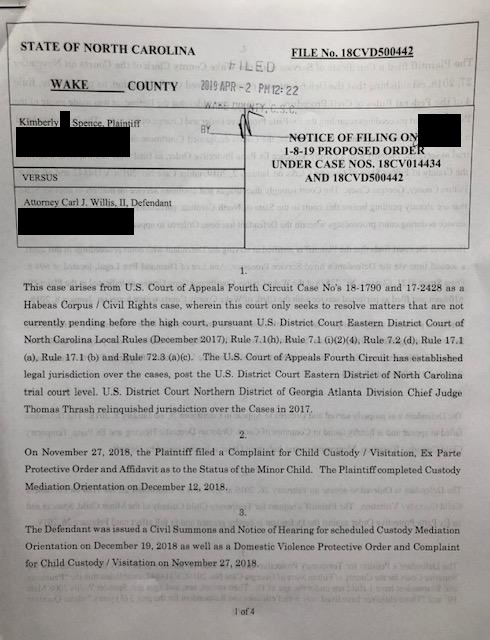 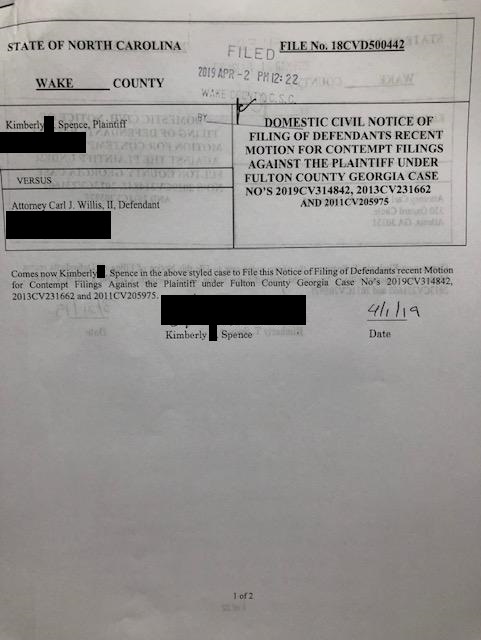 I have no other information related to the cases to provide at this time.

However, in the wake of Nipsey Hussle’s death, I have a few thoughts as follows…

My sincere condolences to the family and community of Ermias Asghedom, aka Nipsey Hussle!

I have GOOD NEWS!!! The cases were not dismissed without resolving the issues pertaining to Spencer!!!  Considering what Spencer and my family have been through over the last 8-10 years, I’ll take that type of day in court win any day!!!

In an attempt to preserve the Federal – U.S. Supreme Court Cases, I will limit my interpretation of yesterday’s court hearing appearance.  However, I will provide full discloser to the best extent of my ability.  As most of you are aware, U.S. District Court Eastern District of North Carolina Case No. 5:17-cv-00272-D is well past the Trial Court stage. As most of you are also aware, U.S. Court of Appeals Fourth Circuit Case No. 17-2418 and 18-1790 are also waaaayyyyy past the find an error stage.  In as much, the case will be transmitted to the Supreme Court of the United States by the U.S. Court of Appeals Clerks as a Habeas Corpus / Civil Rights case.

I have nothing to hide and have maintain the SAME story with forthcoming evidence (Video’s, Audio Recordings, Witnesses, including a Mental Health provider who has over 40 years of experience and is licensed to practice in 5 separate States.

Here are the additional fast facts that were noted in the Wake County, North Carolina Order to Stay, which was received by me yesterday, but filed and date stamped March 12, 2019…

15.  Per the Wake County, North Carolina Memorandum and Order to Stay, filed on March 12, 2019 under the wrong case number, “This action for custody was filed in Wake County on November 27, 2018.”

16.  The assigned Judge, Judge Walczyk’s Memoranda and Order also explicitly states several times throughout her written and signed document that “The parties and their counsel were not present” when she decided to have a private conference call with Fulton County Georgia Magistrate Judge Alex Manning. It should be noted that Magistrate Judge Manning is not the assigned Superior Court / Family Court Judge for ANY of the cases at the Fulton County Courthouse. My Attorney Ex-Husband has erroneously filed Motions for Contempt against me under secret (sealed) Case number 2019CV314842, 2013CV231662 and 2011CV205975.

17.  The mention of Fulton County, Georgia secret (sealed) Case number 2019CV314842, 2013CV231662 and 2011CV205975 is critical mention because Judge Manning used her “Discernment” to ignore the fact that I have not been allowed to see my own child in 6 years (Meanwhile. I Digress) under Fulton County, Georgia’s “continuing exclusive jurisdiction pursuant to the UCCJEA.”; which amounts to Habeas Corpus.  This in addition to the multiple Civil Rights violations, which resulted in my fraudulent arrested and incarcerated in year 2013, etc.

18.  It is because I have not had access to my “inalienable” constitutional rights in the State of Georgia and have been denied my parental rights to Spencer in multiple State proceedings and Federal Court, without regard to Spencer’s Best Interests… over the last 6 years (Meanwhile. I disgress.) that I had no other choice, but to take the cases to another legal jurisdiction / venue.

19.  Given that proper legal jurisdiction and venue has already been established in Federal Court, specifically the U.S. District Court Eastern District of North Carolina and the U.S. Court of Appeals Fourth Circuit, it’s simly NOT Judge Walczyk’s and especially not Magistrate Judge Manning’s (she’s not even the Assigned Judge for any of the Fulton County, Georgia cases) legal jurisdiction to use their “Discernment” over a conference call to decide that they had the authority to erroneously change the legal jurisdiction and venue of the cases. Again, Chief Judge Thrash relinquished jurisdiction over the cases in year 2017 and the U.S. District Court Eastern District of North Carolina under case no. 5:17-cv-00272-D (past the trail court level with authority granted to Magistrate Judge Kimberly Swank, per Rule 72.3, Elk Grove Unified School District v. Newdow, 542 U.S. 1 (2004)) acknowledged and established legal jurisdiction over the cases.

20.  Separate and apart from that, there a legal precedent that domestic relations cases should be heard and decided on when… “necessary to answer a substantial federal question that transcends or exists apart from the family law issue.” and Obergefell v. Hodges, U.S. Supreme Court Case No. 14-556 (2015) re-affirmed Newdow and / or my basic right to humanity and / or access to “inalienable” Constitutional Rights… and / the right to have the Controlling Questions of the Law heard by the Supreme Court of the United States once the Family Law issues and / or issues related to requiring Spencer’s Best Interests have been resolved. 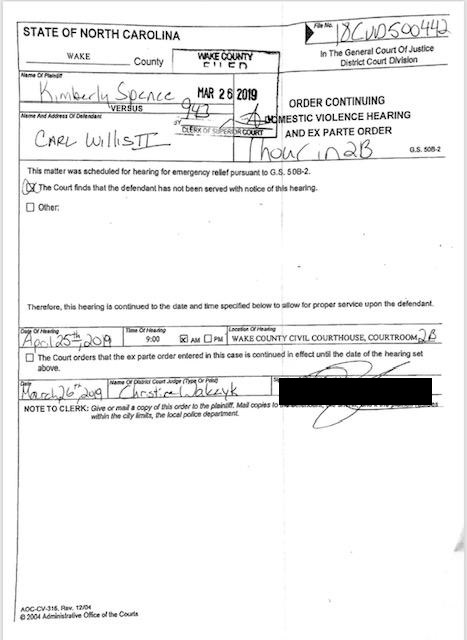 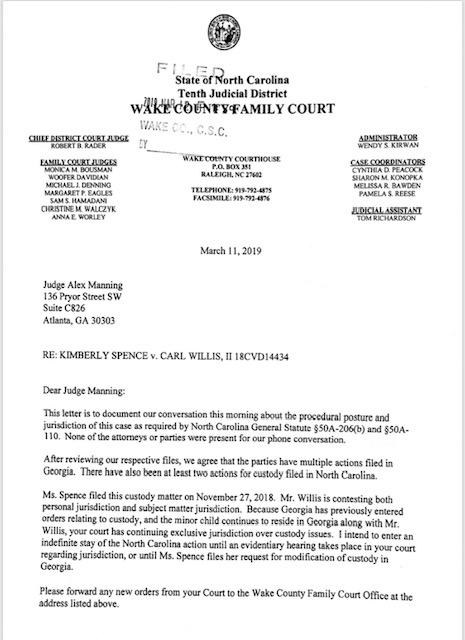 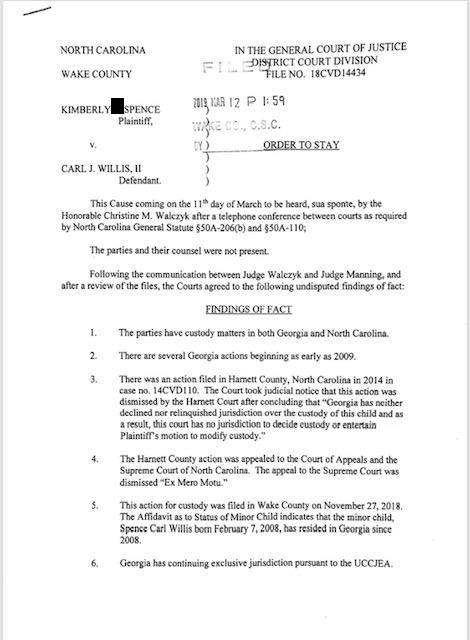 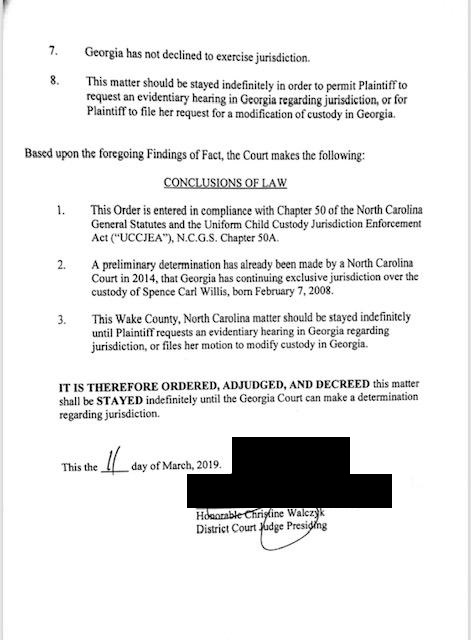 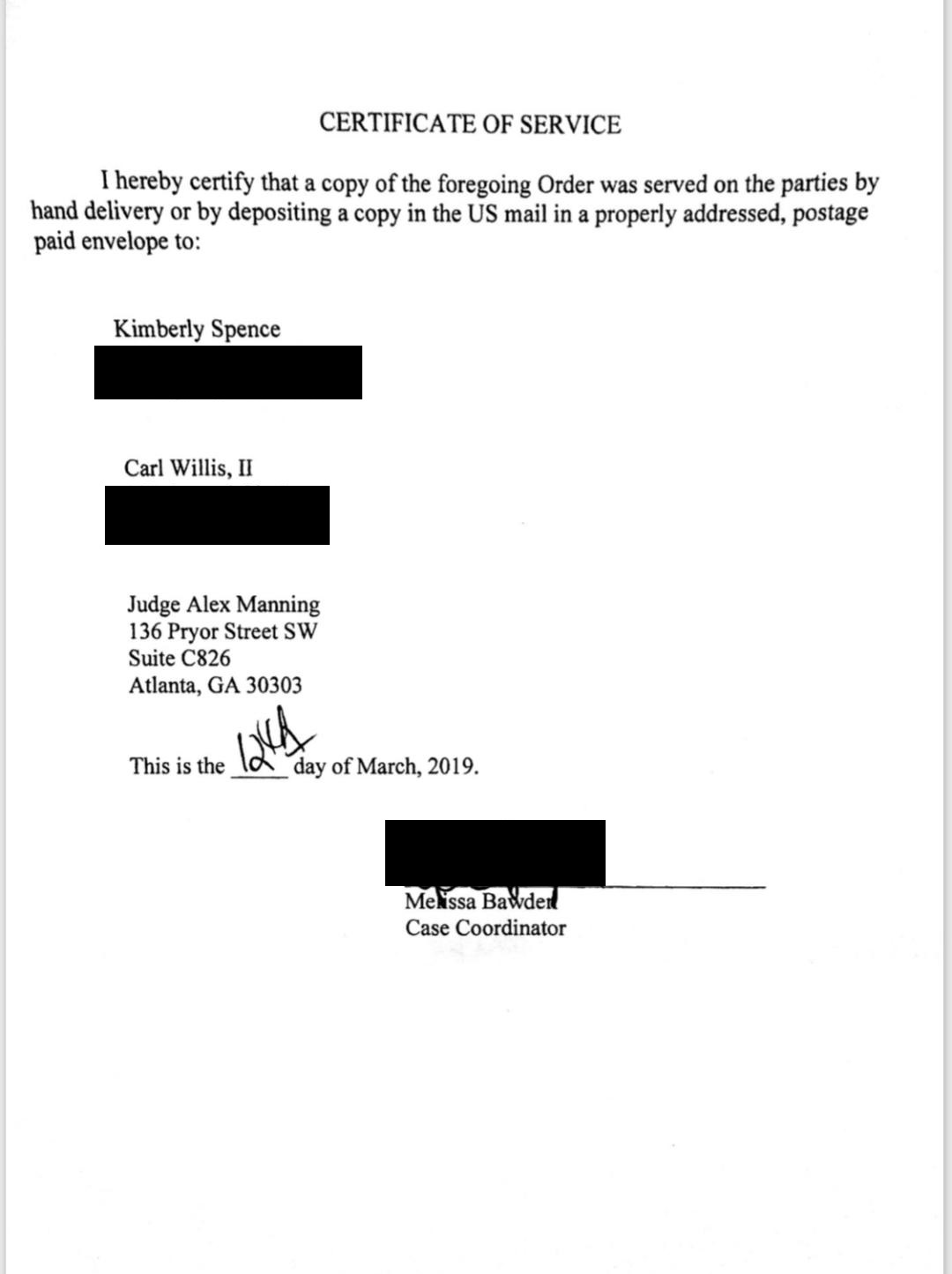 Title: Spencer’s Mom… a MOTHER then, NOW and ALWAYS!!!