Here’s a brief update on the Windsor-Spence U.S. Supreme Court Class Action Lawsuit followed by a few poignant thoughts and Special-Special Thanks.

Here are a few fast facts related to the Case Number Move:

I have no other information that I would like to provide at this time. If you would like more information on the Public Cases, please log onto PACER https://ecf.ca4.uscourts.gov/ and type in case number 18-1790 or my name Spence, Kimberly. 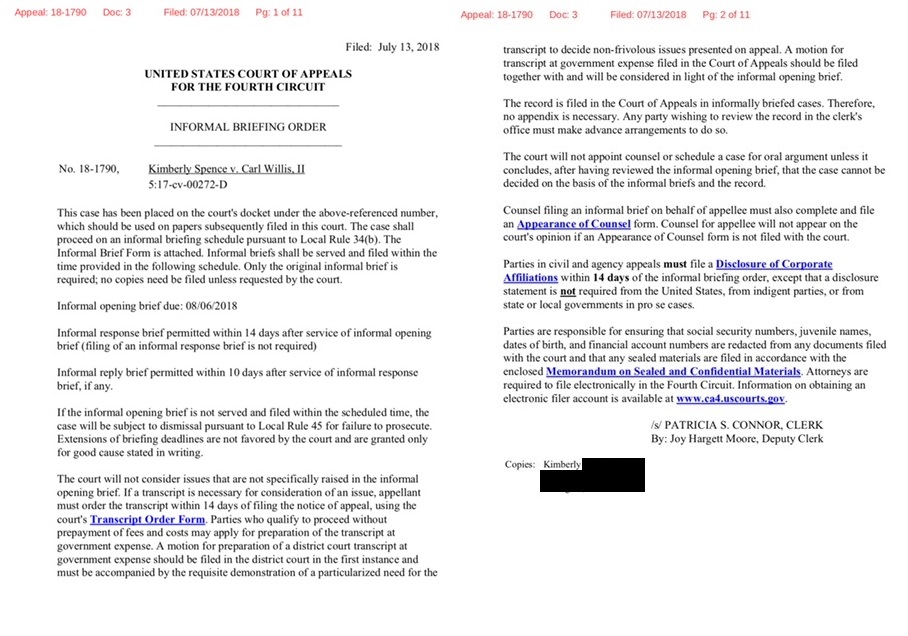